Thanks to everyone who came down on Sunday for the Frank Luzmore race. We had some challenging conditions with persistent rain and a strengthening river flow but with some additional safety measures, a big effort by the race team and the goodwill of the crews we were able to run the race largely as planned apart from some changes to the portages at Sunbury and Molesey to avoid the submerged rollers.

Keith Moule and Jon Boyton sprint for the finish line at Richmond. Photo by Ollie Harding.

Congratulations to all of the competitors who completed the race and of course to all the podium finishers. We have updated the results on the website with a couple of corrections and time allowances for those who helped other crews.

The fastest Mens crew was Keith Moule and Jon Boyton in 1:11:48, with Matthew Bowley and Ed Rutherford who came in just behind. In the Ladies race Lizzie Broughton and Fay Lamph finished well ahead of the other crews in an impressive 1:17:12 whilst in Mixed James and Emma Russell came in in 1:18:01. We believe all of these break the previous course records from 2003 but we will double-check this against the archive.

There were a few numbers that could not be read clearly by the finish team. Whilst we regret that the prize-giving was delayed slightly as a result of this clearly we could not do this until all crews had been accounted for. We hope to have a set of pre-printed number boards for next time to give out to crews which will improve this.

On a slightly more negative note we did receive a complaint about inconsiderate parking by a couple of support crews at Molesey Lock who blocked the lock access road and parked the lock keeper’s vehicle in. This is disappointing as we do rely on the goodwill of EA officials and lock keepers to run the race smoothly. We would be interested in talking to the owners of vehicles with registration numbers TY13 OFP and YS55 WKL if you able to get in touch please, or if you know who they might be. 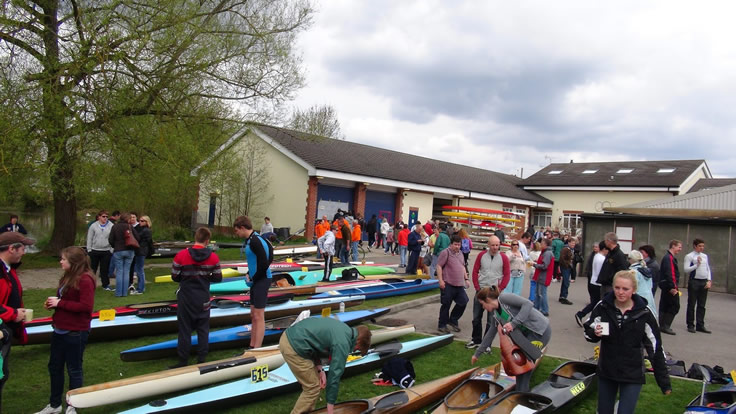